My symptoms included the following:

This Condition Is Real 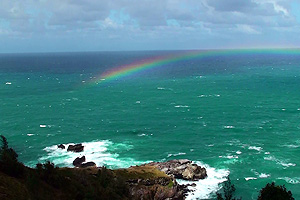 To all who are suffering from what they think is human skin parasites, skin mites, Collembola, or have symptoms like scabies, but nothing works it is my sincerest wish that what worked for me will help you.

If doctors have blown you off and told you that you have Delusional Parasitosis because they are too lazy or don’t care enough to learn the truth my hope is this protocol will help you like it helped me and my family. Most likely if you think you have some kind of scabies or bird mites or skin mites that won't go away with normal treatments, it could be a genetically modified skin fungus attracting a microscopic bug called Collembola that eats this superfood fungus infecting your skin. To this date, it has been almost impossible to detect because everyone is looking for a biting, stinging bug. After 11 years of consulting with thousands of victims, no bugs have been found under the skin by any doctors on anyone I’ve spoken with. That is because it is FUNGUS causing all but the crawling sensations. The Collembola has no apparatus to bite or sting. It is not a new kind of Collembola because many (including myself) have had specimens identified who had biting and stinging sensations and none of the bugs they caught had any apparatus to bit or sting only chew.

I suggest you read the entire site so you will understand that what you think will work won’t because I already tried it or have heard that someone else has (from over 1,000 victims I have personally spoken with at this point) and then go back and do what I did.

SCHEDULE A CONSULTATION WITH MEGAN TO SPEED UP YOUR HEALING PROCESS 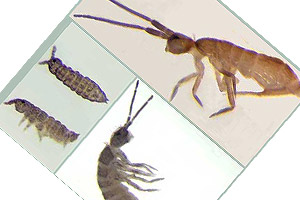 As seen with a 40x s microscope the adults are white, or flesh color, hairy and have legs and a whip on their underside that allows them to jump farther than fleas. They seemed to mostly inhabit our floor. We are not sure why, but they need to be treated as if they are airborne maybe because they are so small if they jump they can be airborne. Their size and huge numbers necessitate a total saturation of the environment to wipe them out.

The fungus (which we still do not know exactly what kind it is) is somehow only infecting certain people. Based on the data from survey questions that my local health department helped me formulate, 80% of the cases are women of all ages. Next is babies and young children and men over 50. Young men are rare. After years of studying, I now believe that the fungus starts the problem and is spreading physical contact with infected people, clothing or things. The Collembola is attracted and then also gets infected and then spreads the fungus.

The fungus on the skin attracts the Collembola as well as other fungus loving insects like fungus flies whose natural role in nature is to eat decaying leaves and fungus. I believe this is why multiple symptoms occur.

In my case, I never identified a parasite that was biting me. We had scrapings and biopsies that showed nothing. The doctors were not looking for a fungus on the skin so of course, they did not test for that if there even was a test. The fungus fibers were so small they appear to be lint even with a 10-x magnifying glass. See Gallery for pictures I took with a $500 microscope and camera of what I carefully took off my skin using a 10 x lighted mirror and tape or surgical tweezers.

If I had not studied closely and compared a few to each other under a microscope (40 x), I would have dismissed them as lint. I saw that the specimens all had the same shape and structure. I was able to kill the Collembola by fogging and the fungus by using a special tincture and smothering and suffocating them on my skin by using Cotz SPF 58 sunscreen. The Cat's Claw tincture was critical for me in killing the fungus on my skin as well as stopping the itching.

See more details of what I did under WHAT WORKS

How to get a specimen of what is crawling on you

DOWNLOAD INSTRUCTIONS ON HOW TO GET A SKIN FUNGUS SPECIMEN