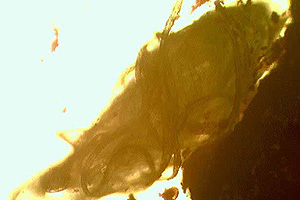 In 2006, my daughter, boyfriend and I contracted a medically undiagnosed skin infection that would nearly destroy our lives.
After great persistence and much research, we would later learn that our common, nightmarish symptoms were caused by a genetically modified plant fungus crossed with a virus that infected our hair follicles and nervous system and attracted a microscopic insect, Collembola, to our skin.

I believe it may have started with my daughter who one day she showed me a rash she had on her upper back. It looked like a combination of mosquito bites and pimples with white centers. Being a preventative health consultant for over 40 years, I ruled out her healthy diet as the cause and suspected that it might be something in her environment. As her rash didn’t itch or bother her at the time, neither of us were all that concerned about it.

Then about a month later, my daughter came to my house to help me and my boyfriend rip up some old carpeting. It was hot that day, and the three of us were sweating from the work. We took a break together on my sofa and soon afterward my boyfriend, and I were both itchy in almost the exact same spot where our upper backs had pressed against the sofa where she also had sat.

Within days my boyfriend and I were in hell with a burning itch and sensations of biting and crawling on our skin. Though we believe my daughter contracted the fungus first, she would not experience these symptoms until months later. 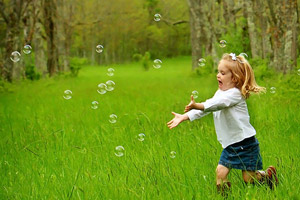 Now looking back, we suspect that my daughter was first exposed to the fungus months before when she and her boyfriend moved houses. We learned that the prior tenant had a serious skin condition and must have somehow infected the house. Though my daughter contracted the fungus and suffered all the symptoms, her boyfriend did not, which is evidence that not everyone is susceptible.

As our symptoms became worse and our lives a living hell, we sought the help of multiple doctors and specialists. In the end, no one had an explanation for what caused our suffering or why the three of us had had the same symptoms. We tried numerous medications, but nothing worked (See what “Doesn’t Work”).

The doctors we consulted sent skin scrapings and biopsies for testing, but nothing showed up. They did not test for a fungus on the skin, and even if they had, did a test even exist for what we had? Much later, with a powerful microscope, we would discover the fibrous strands of the infecting fungus.

Eventually, we accepted the grim fact that if there was a way out of the hell, it was up to us to find it.

I couldn’t work as I was suffering so much and was afraid of spreading whatever I had to others. Researching possible cures, explanations and solutions became my full-time job.

Being on my computer was particularly agonizing because my symptoms became worse and I felt like something was attacking me. Burning incense or candles kept whatever it was away until they burnt out. It was clear that this "thing" did not like strong smells and involved a bug since all insects avoid smoke and fire.

I was determined to find out what was biting and crawling on us. I created my own traps using clear packing tape and sent multiple samples to the Hawaii State Health Department.
The lab positively identified the samples as Collembola, a common microscopic insect. The technicians were surprised that I had collected the samples from inside my house. Collembola, they said, are rarely found in clean environments, are not parasitic and rarely ever bother humans. They explained that these insects are attracted to and feed upon decaying organic matter like leaves and fungus and that they lack the physical anatomy to “bite.”

Though discovering the Collembola didn’t explain what was “biting” us, it was nevertheless progress and would lead me in the right direction.

We studied Collembola and bought a special microscope to view our samples. We learned that these insects are incredibly prolific, are more resilient than cockroaches and can be found in the harshest of environments such as the Arctic and active volcanic lava tubes. That was bad news as it explained why extreme temperature changes didn’t kill them off.
My boyfriend and I tried everything we could get our hands on since we could not live with the torture. If you think of something, I have more than likely tried it in the 2 ½ years of this nightmare. In all, we spent over $15,000, but nothing worked.

We tried different pest control companies and all conceivable types of fumigation sprays, powders and steamers. Some companies told us that nothing worked for this kind of problem. One company told me that they had run across it in two other homes. In one house, just the babies were being attacked and in the other, just one out of a family of five were affected.
In 2008, I created a website to share my story and warn others about this condition. I hoped that I could save fellow sufferers from wasting their time and money on all the things that I tried that did nothing but hurt my immune system. Soon after, someone read my site and contacted me to tell me about CeadarCide, the manufacturer of two products that would prove a critical part of clearing Collembola and fungus from one’s environment.

At this point, I started to believe that this condition was a deviation from the natural order of life. Why would Collembola, an insect that is attracted to fungi and decaying matter and helps break down human corpses, attack a living person? It was baffling.

Was this condition the accidental byproduct of genetic modification gone wrong? Or worse, was it created for darker purposes? Some of my suspicions were affirmed when I read that CedarCide had been created for the military’s use in killing pesticide resistant mites in the Middle East.

Later, after collecting hundreds of surveys and after speaking with thousands, I learned that healthier people with clean internal systems are more susceptible than people who live on red meat and junk food. That this attacks healthy people is highly strange since diseases in nature usually prune out the weakest members of a species. I also know that females and older men are more prone to get this. To date, very few young men have ever contacted me. 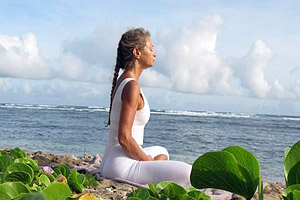 I believe if a person is susceptible, that once exposed they will contract the fungus and eventually attract the fungus loving insects to their skin, thereby worsening their condition.

There is a happy ending to this story! After 2-1/2 years of suffering and tireless experimentation on myself at great expense, I finally developed the protocol on this site that lead to my full recovery and way out of hell. My daughter and boyfriend were also cleared and have been well ever since.

I now have a normal life. Never did I think there would be so much joy in simple things like using the same towel and sheets for a week. I even wear the same clothes for days on end just to celebrate that I can do that. When my toddler granddaughter stayed at my house for 10-days, I was so grateful that she was not in any danger of getting the plague I had suffered with for so long. To take hot bubble baths with her and cuddle her in my arms was something I could not imagine during my struggle. I am in gratitude even being able to type this letter unmolested by any irritating menace since it had been excruciating to be at my computer for all those years of torture.

The turning point came at a time when I had reached the limit. I could no longer go on suffering. I am strong of spirit, but I had been worn down to the degree that I wanted to end my life. I was sleeping naked in the bathtub with no blankets or pillow trying to get some sleep and burning my skin with a magnifying glass in the sun during the day trying to get some relief from the burning itch.

I bargained with God that if I was cured, I promised to help others overcome this nightmare as well. My prayer was answered. Shortly after, I was in Wal-Mart when a woman I had known 20 years earlier walked up to me out of the blue and told me that Cats Claw was good for skin infections. I was completely covered with clothing from head to toe so how she would know I had any skin problem was a mystery. Then another person I had just met gave me the body wash to try saying my skin looked damaged so maybe this mild soap would help. These and the cedar products for the environment turned out to be what saved my life.

My prayer is that you, who by the grace of God have found me, will follow the protocol I have sacrificed so much of my life energy to create and lead yourself back into a peaceful life as well. Once out of harm's way, I hope you too will care enough to contribute in some way to helping those still out there suffering from this nightmare. Until we are all free from this, we must reach out to those still in need. If we do not reach back then, did we deserve the help we received? If I did not try to help others after I was safe, did I deserve the help that came from sincere prayers to God for help to heal this in myself and others? The answer is why I am still here doing this….

Peace to You,
Megan